In the second funding period we will focus on identifying which early deviations (e.g. changes in IgG glycosylation) from immune system homeostasis play a key role in orchestrating the later phases of disease. These studies will be instrumental to defining humoral and cellular interactions between innate and adaptive immune cells and how they participate in controlling or fuelling early joint inflammation. Based on our results we will develop a humanized mouse model to study the earliest phases of autoimmune arthritis in the context of a human immune system.

Rheumatoid arthritis (RA) is a prototypical autoantibody-mediated inflammatory disease. Notably, RA-specific autoantibodies can be detected many years before clinical onset of disease. Although underlying reasons remain incompletely understood, changes in the glycosylation pattern of IgG, such as a reduction in galactose and sialic acid have been described and might impact IgG binding to FcγR bearingimmune cells or activation of the complement pathway. Similar to the human system, serum I 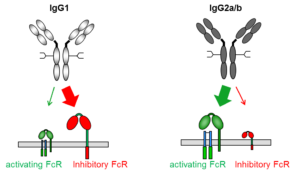 gG glycosylation is altered in mouse models of arthritis and it was shown that autoantibody dependent inflammation is critically dependent on the interaction of autoantibodies with the FcγR and complement system. With this proposal, we aim to decipher the role of differentially glycosylated IgG subclass variants during the pre- and early onset phase of arthritis in mice and humans.